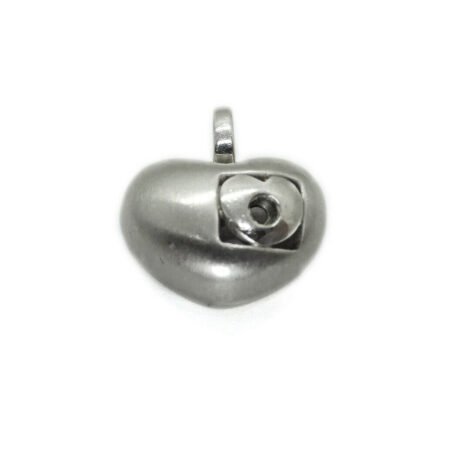 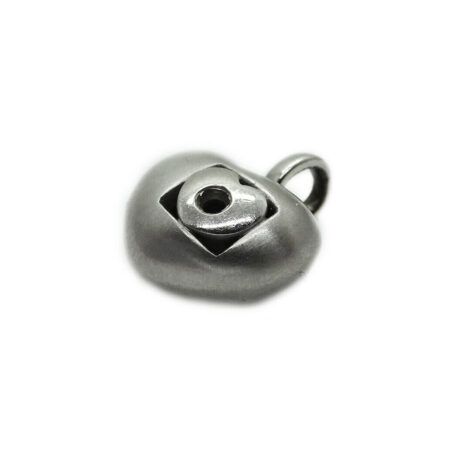 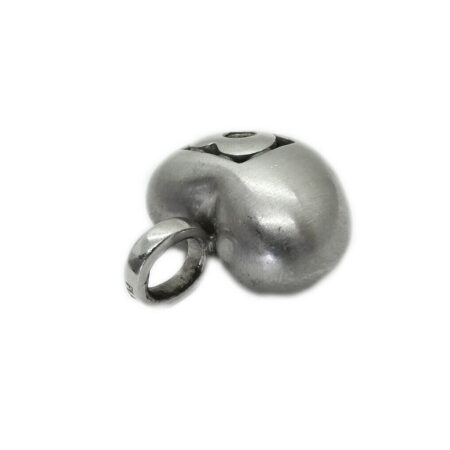 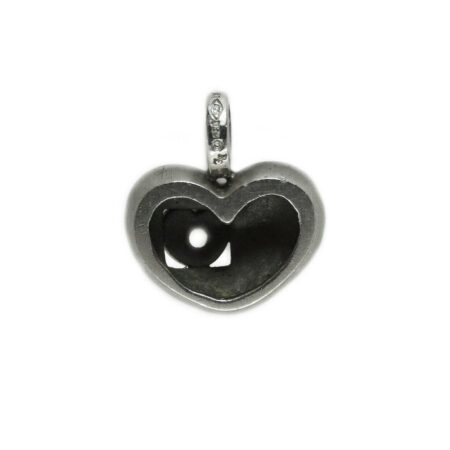 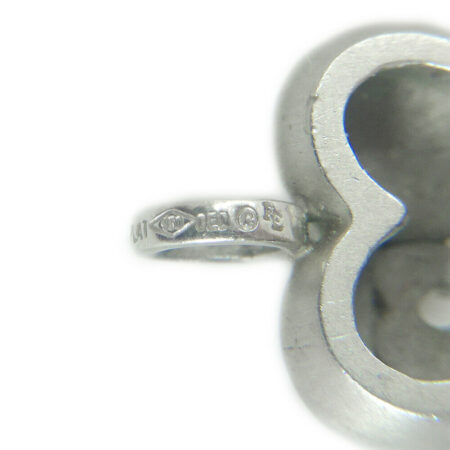 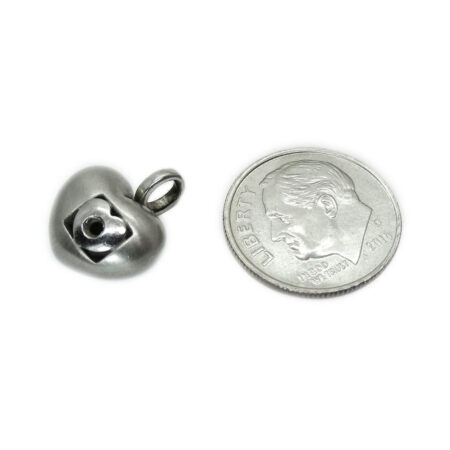 This Rudolf Erdel “heart within a heart” or “two hearts” puffy heart pendant, was designed in 2002 as part of the Platinum Guild’s Platinum Hearts campaign. Part of the Platinum Hearts campaign was a charitable event called “Women with a Heart”, in which actresses and singers designed heart pendants that were realized and refined by leading designers, and sold at an auction to raise money for women’s charities.

This platinum heart by Rudolf Erdel is ready to be customized with your selection of gemstone in the center of the smaller heart. Included in this price, we’ll add a colored gemstone of your choosing. We can add a diamond or alexandrite for an additional charge, call or email us for pricing on diamonds or alexandrites. Estimated gemstone carat weight will be .05 to .07 carat. For gift giving, see the list of birth month gemstones below.

This puffy heart pendant is 15mm tall with bail, 13mm wide and 7mm deep, with a satin finish. The pendant weighs 5.7 grams. It is marked PLAT 950, OED, and signed RE.